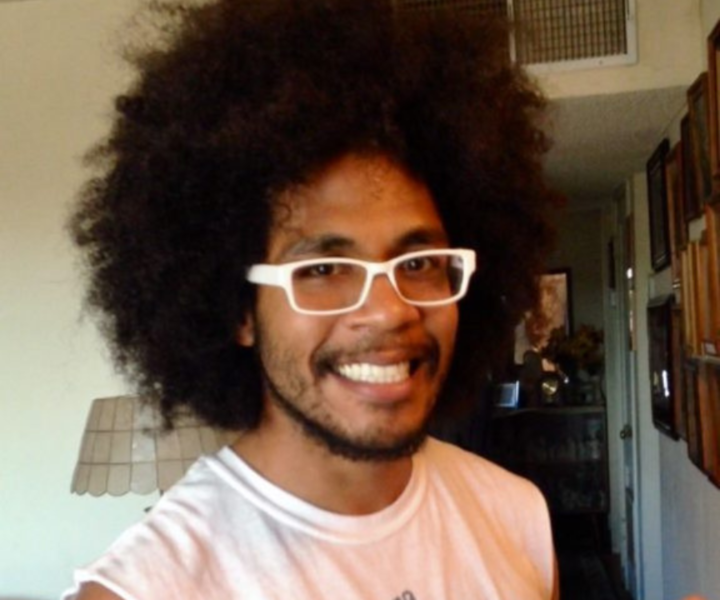 Fonso was a young man who was larger than life. He was a force of nature that couldn’t be stopped. He always put everyone before himself. There was not a day that Fonso wasn’t doing something for someone else. He put his life on hold, to care for our grandmother so she could live in her home comfortably. And their relationship meant the world to one another.

Fonso’s sweet and thoughtful affection and excitement on birthdays and other celebrations, but especially on Christmas, was incredible. Christmas was his favorite time of the year because it was the one time the entire family was together. His Christmas tradition was to treat everyone to the movies, whether or not we watched the same movie. He just wanted us to do something that he loved, together.

He loved to bake, spend time with his friends and listen to Pink Floyd. His smile wasn’t just any smile. As one close family member recalled, Fonso’s smile “lit up rooms; not just a room, but multiple rooms.” Fonso lived each day to the fullest, with very little complaints. He was one in a million.

On April 22, 2016, Fonso had a seizure and was declared brain dead on April 25, 2016. He was 31. My siblings and I made the decision to donate his organs, and he helped save the lives of 4 people with his heart, lungs, and kidneys, as well as hundreds of those he helped with his tissue, skin, and valves. I miss his big bear hugs and laughter. His laugh was one of a kind, and I can still hear it and it always puts a smile on my face. Fonso’s legacy lives on through his family, friends and his recipients.